"It's like an actual soccer game! Each move & pass requires you to think a step ahead. The best part, I'm not staring at a screen and really have to think."

Run for the ball! Intercept a pass! Drop the ball out in front of another player and pick it up as you run toward the goal! If you like soccer and are looking for a completely new and innovative board game, this is the one you will want to pick up for the kids' sleepover or a night out with a close friend.

Requiring only two players, two teams of friends, or round-robin tournament play, pick up Fibley's New Team Soccer Strategic Board Game and head for the cafe to make a night of it! 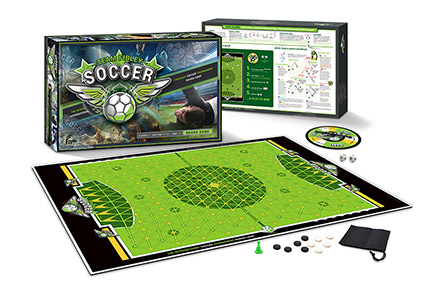 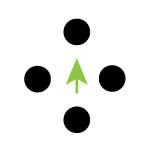 Easy Peasy, right? ...except with five playing pieces moving against you, this is not your old penny soccer game!

A creative group of designers turning wild ideas into fun

Having fun working for you!

"A game must be fun! If we can add something unique, as well as challenging... without loosing the joy, we've done our job!"

The people at Fibley Games love to sit around with friends. We don't rush. We take our time and we try and do it right so when you sit down and play one of our games, whether an interactive app or board game, you enjoy the time spent with friends and family.

Look for us in your local stores. We'll be there soon! 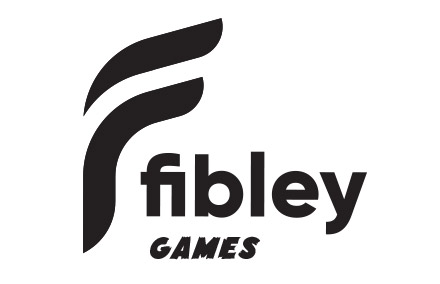 We just added up our focus and realized that we put in nearly 364% percent of 100% of our effort into creating games that are absolutely amazing. Unfortunately our Visit-ablity, or ability to visit while playing our games, had to be lowered so we could add a bit more strategy... which requires more thought... which often takes away from conversation.

Why Choose A Fibley Game?

After doing a number of studies, we discovered that the more fun you have playing our games the better chance we have of selling our games. For this reaason, it was unanimous that the value of "FUN" should be used as a benchmark for future game designs.

The design team takes pride in their work. Not only is every game designed with uniqiue strategic value, but we also work hard to make each one visually exciting!

You will never feel uncomfortable purchasing a Fibley game for another person, no matter who they are... unless they are offended by fun. We also require all of our staff to wash their hands new products.

From spacecraft to sports Fibley takes current topics, flattens them out, and creates a game that will fit on most flat surfaces.

If you have ever sat at a lunchroom table and argues about who the best player on that soccer or football team is, now you can stop talking, start laughing, and challenge your best friend to a match on any smooth table top.

We keep it simple, but fun, even if you never reach the last stage. Yes, that is a dare!

HIT THE ICE WITH THE NEW INTERNATIONAL HOCKEY STRATEGIC BOARD GAME

"The board, with it's unqiue waving lines, blows me away! I can almost see each player flying down the ice toward the net. Great Game Fibley!"

Move up the ice, weaving in and out, until you have a clear shot at the net! Eliminating the passing game that you find with soccer, this fast-paced spin on a real hockey game backs-off on the strategy and gives you and your audience higher scoring, quicker turns, and a chance to show your friend who's really the best.

Requiring only two players, two teams of friends, or round-robin tournament play, pick up Fibley's New Team Hockey Board Game and find a table where you can do battle! 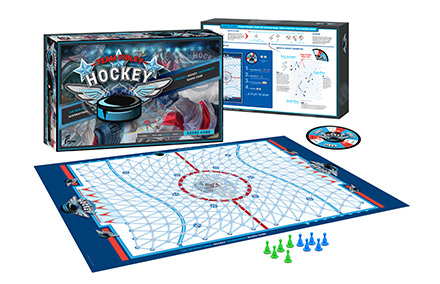 If you move one piece using both dice, you only have to move between two players during one leg of the turn. If you move two different pieces (one for each dice) then each must go between two teammates.

Look For Fibley Games At Your Favorite Stores and The Apple App Store!